In mid-December 2014 external conditions continued to deteriorate. The fall in oil prices was accompanied by downward revision of their further dynamics by international organizations and market participants.

Amid restricted access to international capital markets, companies showed increased demand for foreign currency in the domestic market to redeem foreign debts. As a result, continuing weakening of the ruble led to considerable growth in depreciation expectations, higher households' demand for foreign currency, and increased deposit in dollars. Inflation expectations rose and a threat of considerable further acceleration of consumer price growth emerged. Under these conditions, the Bank of Russia ( further "BR") decided to raise the key rate from 10.50% to 17.00% on16-th December 2014.

In addition to this, a set of measures aimed at sustaining stability of the financial sector was adopted. Besides, BR expanded the set of refinancing instruments in foreign currency, increased the frequency of these operations and their allotment amount. The taken decisions prevented the outflow of funds from ruble denominated household deposits, improved the situation in the domestic foreign exchange market, and decreased volatility of the national currency exchange rate.

As a result depreciation and inflation expectations stabilized to the extent the BR had expected.

Bank of Russia has cut the key rate twice, (on 30 January 2015 and 13 March 2015) by total of 3 % points to 14.00% per annum. As inflation risks weaken, BR will further reduce the key rate. The risks of further considerable economy cooling increased due to the ongoing oil price decrease.

According to BR forecast, years 2015-2016 will see an output contraction amid consistently low oil prices averaging 50-55 US dollars/ barrel in 2015 and 60-65 US dollars/ barrel in 2016. Amid high prices for imported investment goods, deteriorated financial results of companies, restricted access to international capital markets, and tighter lending conditions, fixed capital investments will continue to contract.

BR surely does not believe in the growth of unemployment during the crisis,despite the expected negative GDP growth, a substantial increase in unemployment in 2015-2016 is not expected. According to the BR estimates, the unemployment rate will not exceed 6-6,2%"

The labor market will adjust to the new conditions primarily through wage reduction and part-time employment, alongside with slowdown in retail lending growth rates it will result in further decrease in consumer activity. Exchange rate dynamics will facilitate exports to some extent and alongside with weak domestic demand will lead to import contraction. As a result, net export contribution to GDP growth will be positive. According to the Bank of Russia forecast, output will contract by 3.5-4.0% in 2015 and by 1.0-1.6% in 2016.

The economic activity is expected to recover in 2017 facilitated by oil price growth to the average of 70-75 US dollars/ barrel, development of import substituting industries, gradual diversification of funding sources, and easing of domestic lending conditions. According to the Bank of Russia forecast, GDP growth rate in 2017 is expected to be 5.5-6.3%.

Considerable rise in annual inflation observed in December 2014 – February 2015 was expectable and reflected the impact of restrictions of certain food imports imposed in August 2014 on prices and the effect of accelerated price adjustment to ruble depreciation. This phenomenon is temporal. Under the impact of one-off factors and considering the low base effect, the annual inflation will continue to grow peaking in 2015 Q2, however it will gradually slow down. The decline in monthly consumer price growth that began in February 2015 will persist. Weak economic activity will facilitate lower inflation and inflation expectations.

The slowdown in money supply growth will also exert counter-inflationary effect. The current monetary policy will provide for a slowdown in consumer price growth to the level of about 9% in March 2016, and to the target level of 4% in 2017.

Meanwhile, the main source of uncertainty for the forecast is oil price dynamics. Its further decline will lead to more serious economic downturn in 2015. Besides, there are risks of accelerated consumer price growth connected with persistently high inflation expectations, revised plans of administered price and tariff increase, fiscal policy easing, and possible acceleration of nominal wage growth. In case these risks materialize, Bank of Russia decisions will depend on their impact on the economic activity and consumer price dynamics.

Forecast of the Russia's development in 2015 (reported to the cabinet of ministers on 02.02.2015 by the ministry of economic development RF)
Updated forecast of the development of the Russian economy for 2015
net outflow of capital from Russia will make about;$115 billion the decline in investment in fixed capital;13% inflation;12% the decrease in GDP;3% the decline industry;1,6% retail trade turnover will fall by;8% the decline in real wages;9% real incomes of the population’ fall;6% Source: Forecast of the Ministry of Economic Development RF
TOP 4 countries according to the rating of the Asian Agency 'Danong' *
Country;Rating
China;AA+ Canada;AA+ Russia;A USA;A- Source: rating Agency “Dagong”, February 2015
* The Agency "Dagong" ( China) was established in 1994 by the People's Bank of China and the Chinese Department of Economics and trade. In June 2013. it was officially recognized by the European securities and markets. "Dagong" provides credit services to more than 5 000 thousand customers per year; its rating scale begins with "C" and ends with the highest "AAA" rating.
On restrictions on the import of agricultural products from the states that supported anti-Russian sanctions

Russian government has approved the list of foreign agricultural products on which Russian sanctions are imposed thus fulfilling President Vladimir Putin's decree of August 6 "On separate special economic measures for ensuring Russia's security." The document imposes one-year restrictions on the import of agricultural products from the states that supported anti-Russian sanctions. The decree says that the measures are taken "for the protection of the national interests of the Russian Federation."

Russian Prime Minister Dmitry Medvedev signed government resolution banning imports from Australia, Canada, EU, US and Norway for one year. The list of the banned products includes cattle meat (fresh, chilled and refrigerated), pork (fresh, chilled and refrigerated), poultry meat and all poultry edible by-products, salted meat, pickled meat, dried meat, smoked meat, fish and shell fish, clams and other water invertebrates, milk and dairy products, vegetables, edible roots and tuber crops, fruits and nuts, sausage and analogous meat products, meat by-products or blood, as well as products made of them, ready-to-eat products including cheeses and cottage-cheese based on vegetable fats. Alcohol and baby food does not fall under ban on imports of food to Russia from EU and US. New rules do not apply to products being purchased by individuals in these countries in line with Russian customs legislation.

Russia has been forced to impose such measures as the US, EU and several other countries continue their dull-witted, politically motivated and unfriendly approach towards Russia. 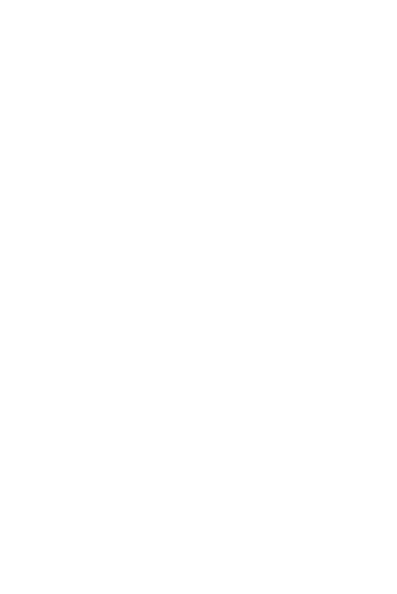